About the Chiyonozono Sake Brewery 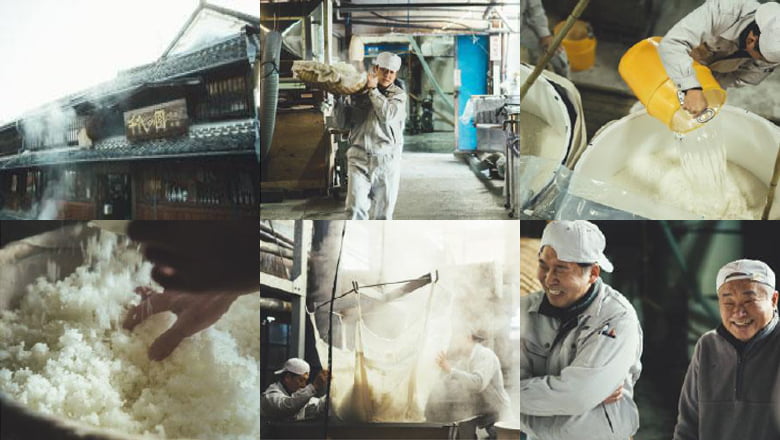 The Chiyonozono Sake Brewery is located near the Kikuchi River in the downtown area of Somon, a bustling rice trading district, is one such brewery. The Honda family, a former rice wholesaler, started brewing sake in 1896 and established the Chiyonoen Shuzo after the Honda Sake Brewery. The towering chimney is a symbol of the history of this brewery.

The brewery was originally a rice wholesaler, and since its establishment, it has been exceptionally particular about the rice it uses as raw material. He even evolved the “Shinryoku” sake brewing rice that was cultivated from Taisho to Showa to create a new variety called “Kyusyu
Shinryiki”. Also, after the war, when regular sake was still in its prime in Japan, the brewery was the first in the country to start brewing Junmai sake, which caused a sensation. Even today, when the brewery continues to take on the challenges of the times, including the commercialization of
Daiginjo sake with a cork stopper, the brewery’s history is the reason why it continues to produce 100% of its own polished rice.

In the world of sake brewing, rice polishing is called “polishing the rice” rather than “grinding the rice. The process of polishing rice is necessary to make the sake we envision. Each step of the process, such as the rice polishing ratio, the brewing mixture, the groundwater used for brewing, and the brewing temperature, all affect the taste of the sake, so we can’t afford to be careless,” says Toji Nakajima.

This website uses cookies to improve your experience while you navigate through the website. Out of these, the cookies that are categorized as necessary are stored on your browser as they are essential for the working of basic functionalities of the website. We also use third-party cookies that help us analyze and understand how you use this website. These cookies will be stored in your browser only with your consent. You also have the option to opt-out of these cookies. But opting out of some of these cookies may affect your browsing experience.
Necessary Întotdeauna activate
Necessary cookies are absolutely essential for the website to function properly. These cookies ensure basic functionalities and security features of the website, anonymously.
Functional
Functional cookies help to perform certain functionalities like sharing the content of the website on social media platforms, collect feedbacks, and other third-party features.
Performance
Performance cookies are used to understand and analyze the key performance indexes of the website which helps in delivering a better user experience for the visitors.
Analytics
Analytical cookies are used to understand how visitors interact with the website. These cookies help provide information on metrics the number of visitors, bounce rate, traffic source, etc.
Advertisement
Advertisement cookies are used to provide visitors with relevant ads and marketing campaigns. These cookies track visitors across websites and collect information to provide customized ads.
Others
Other uncategorized cookies are those that are being analyzed and have not been classified into a category as yet.
SALVEAZĂ ȘI ACCEPTĂ